Of all the vocal-driven ensembles in the world of contemporary music, there is none as compelling or beckoning as Banga Magda.” - World Music Report 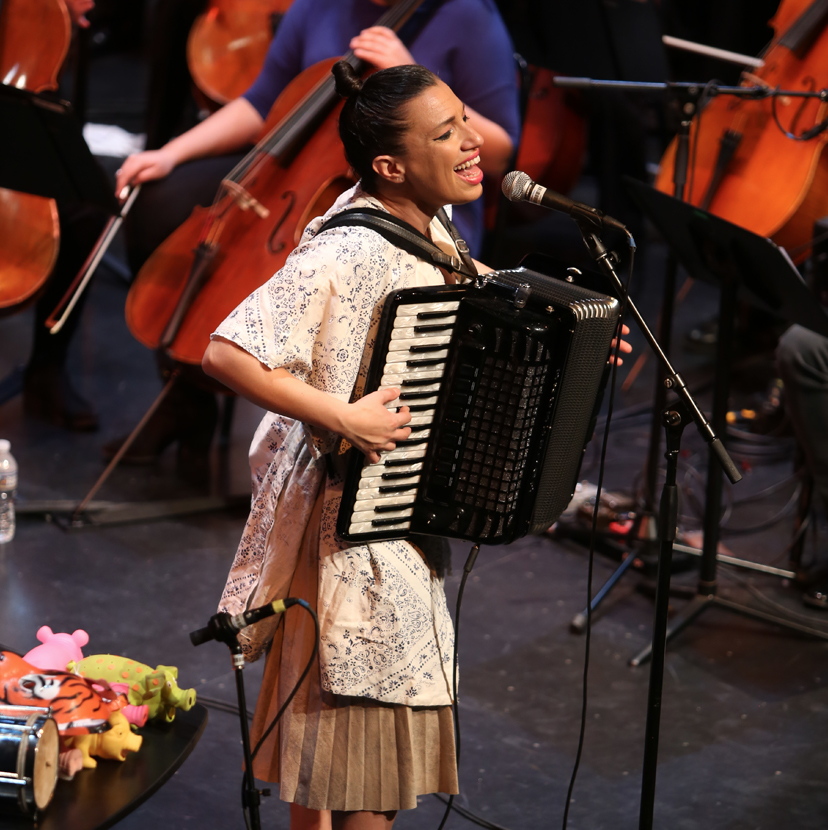 Like a distant shoreline, New York’s Banda Magda blurs distinctions and suggests wonders. Even if you don’t speak any of the 6 languages they sing in, you are still transported into beautiful imagery with tales of love and devotion, as strong as the bonds between the band’s diverse musicians. (Greece, Japan, Argentina, USA, Colombia, Brazil, Turkey, Israel, UK)

Led by firecracker performer, composer and multi-instrumentalist Magda Giannikou, Banda Magda is a community; their camaraderie shining with cross-pollinating melody and rhythm that has resounded in discerning musical landmarks such Carnegie Hall, The Kennedy Center, Monterey Jazz Festival, WOMAD, Harare Festival of the Arts and Blue Note Tokyo. The rotating madcap fellowship has traveled to more than 22 countries in 5 continents combining whirlwind tours of music, transformative workshops and magically interactive moments led by Magda’s uncanny ability to engage the audience.

Vibrating in bright, bold strokes, Banda Magda’s debut album was named one of the year’s best world music album by NPR. Three albums and many collaborations later (Kronos Quartet, Snarky Puppy, Nu Deco Ensemble) they are working on their 4th. In upcoming “Aurore” scattered loves and influences merge alongside Magda’s fancies towards the fantastic, walking away from genre and towards discovery.